If you've been to the beach, you've seen it.- a rainbow of colors poking out of the sand, frayed strings sticking up pretending to be part of the natural landscape when it is anything but natural. On any given day, I know if I walk down a beach here in Washington I can expect to find a handful of fishing equipment in various stages of decay. Sometimes its a little piece of rope, sometimes part of a net, occasionally parts of Styrofoam buoys, and even clear lines with rusty hooks attached. 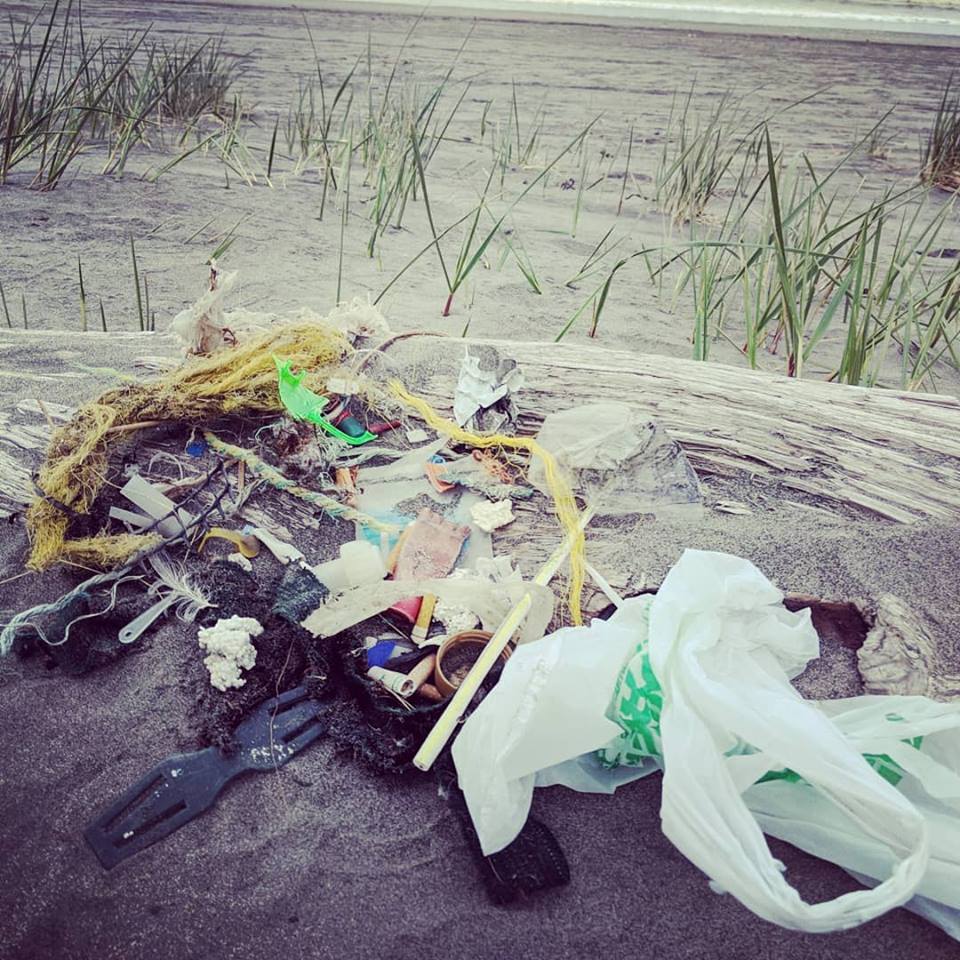 What is Ghost Gear? Simply put, ghost gear is fishing equipment littering the waters and beaches. Sometimes it's a forgotten or missed crab pot, perhaps a gill net that has broken off, a pile of nets and lines that have been swept overboard, and often times it's simply discarded in the ocean to be forgotten. But it's not forgotten, and for the past century it has been piling up.

An estimated 650,000 animals will die every year in ghost gear. The pictures are alarming and heartbreaking, but pictures and videos of sea turtles, seals, dolphins, whales, and other marine creatures struggling or already dead in ghost gear can easily be found.

If you've read about 124 West, you know we are giving back 10% of our profits to organizations helping clean the ocean. This goes to groups who are on the ground doing beach pick ups such as the Surfrider Foundation, to those developing new technology to clean existing garbage (including Ghost Gear) such as The Ocean Cleanup, and those protecting the marine ecosystem such as Oceana.

Ghost Gear makes up 10% of the garbage in the ocean. We hope to one day be a big enough company to directly effect the source of ghost gear pollution by aiming educational campaigns at the commercial and recreational fisheries who are the source of this large amount of pollution as well as having our boots on the ground (errr, boats in the ocean?) picking as much plastic out as we can. Until then, we aim to fund those who are cleaning up the mess (as well as doing beach pick ups of our own).

Every time we walk the beach, we like to take 10 minutes to pick up what we can find. It's not hard, and normally fills a plastic bag. Sometime we don't have to bring our own garbage bags as we find them blowing down the beach. We challenge you to do the same the next time you're at a beach, river, lake, or any other body of water.

What happens to Ghost Gear?

Most Ghost Gear can be broken down and recycled. This is true of Ghost Nets, which can be melted down and spun into fiber for clothing (nylon is made from plastic). This extends the life cycle of existing plastics and will hopefully cut down on the production of new plastics.

124 West is proud to use fabric spun out of ghost netting. Many of our items are made from recycled ghost netting cleaned from the ocean, often cut from where it becomes trapped on reefs. This means not only does each purchase go to helping clean ghost gear out of the ocean, but each purchase also eliminates generating new plastics. Pretty darn nifty, if you ask us. 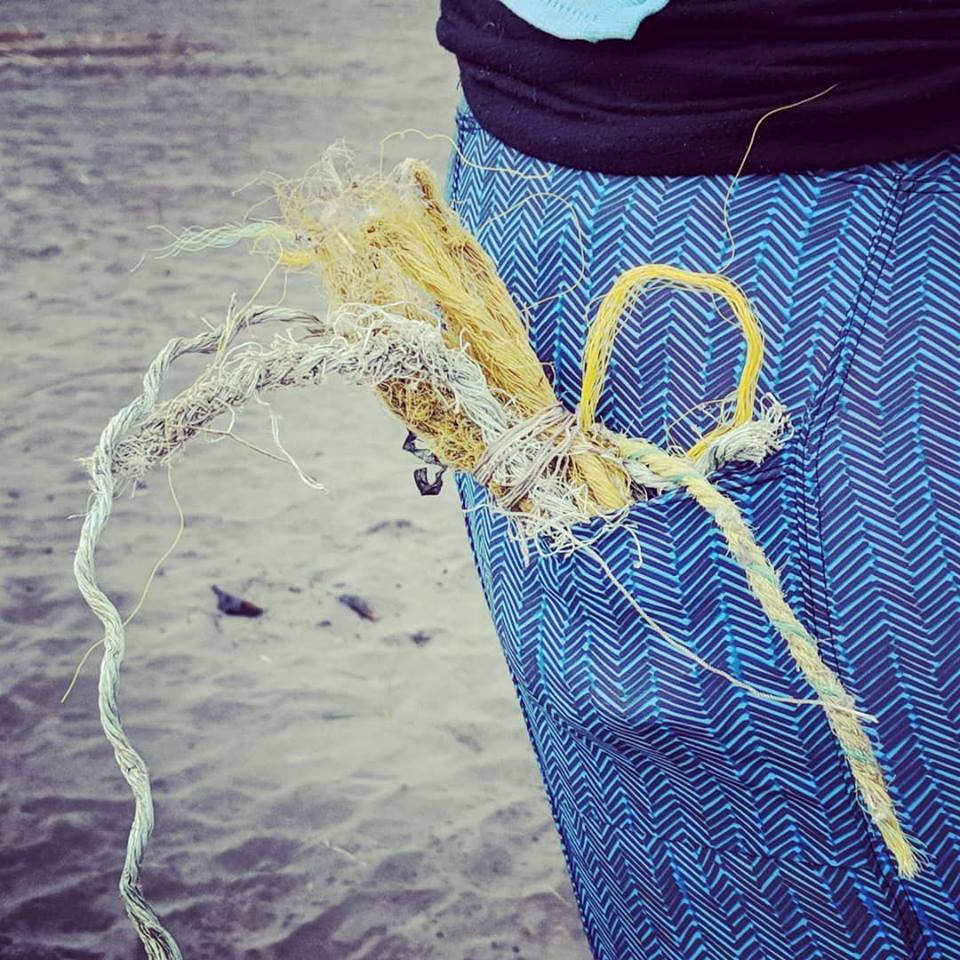 A pocket full of ghost netting bound for recycling. Hopefully one day it will be made into a pair of 124 West leggings like these Ceto leggings in All the Right Angles